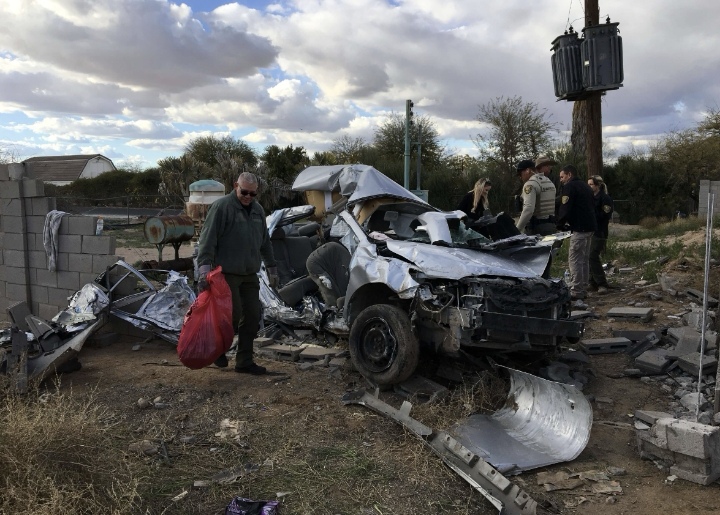 Just before 11 am this morning, a deputy with the Pinal County Sheriff’s Office attempted to do a traffic stop on a silver passenger car for an expired temporary vehicle registration and excessive speed near Schnepf Road and Hash Knife Draw in San Tan Valley.

The driver of the vehicle did not pull over for deputies and took off at a high rate of speed. The deputy initiated a very brief pursuit, but the vehicle was traveling very fast and before the deputy could catch up to the vehicle, the driver lost control of his vehicle and crashed into a cement barricade along Schnepf Road between Ocotillo Road and Combs.

There were three male passengers, a 16-year old and two 18-year-olds, who were not wearing a seat belt at the time of the crash and were pronounced dead at the scene. The 17-year-old driver, who was wearing a seat belt, was taken to the hospital for minor injuries.

During the investigation, deputies found marijuana and dangerous drugs in the vehicle. They also uncovered a large amount of cash and several weapons to include an AR15, an MP40 style sub machine gun, a shotgun and two handguns. The driver admitted to deputies to being under the influence of marijuana at the time of the crash.

The driver faces several charges to include three counts of first degree murder under the “felony murder” rule and felony flight.

UPDATE: PCSO just released the names of the two 18-year-olds killed in the crash in San Tan Valley.

Juan Sanchez is the 17-year-old involved driver. He is being held at the Pinal County Adult Detention facility. 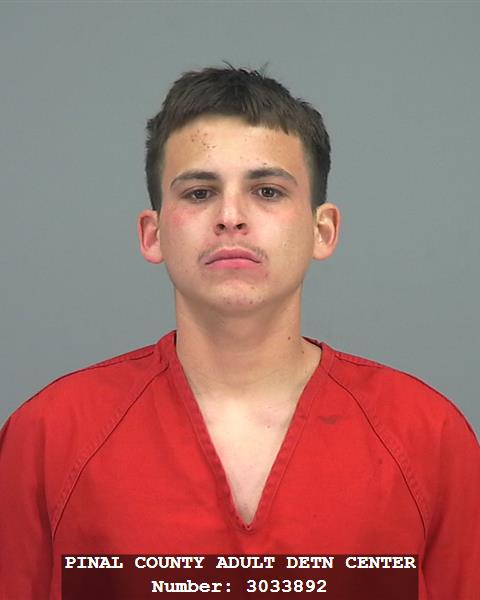 They will not be releasing the name of the 16-year-old because he was a juvenile.