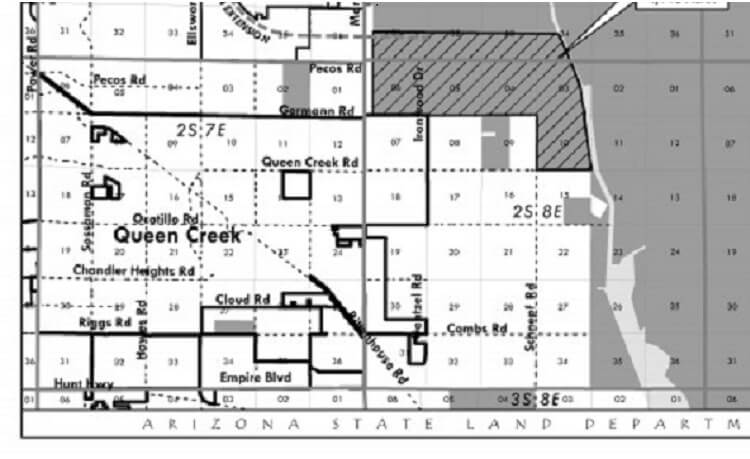 In March of 2018, Queen Creek filed a lawsuit to stop San Tan Valley voters from voting on whether or not they wanted to become their own town, claiming that the map was too big and that it stepped on the town's planning area.

Since then, the town has stepped out of their planning area in an attempt to annex the Encanterra community and an additional 4,140 acres, or six miles, of state trust land as of April 17, 2019, giving the town direct access to both State Route 24 and the future North/South corridor.

The state land commissioner presented the annexation of this property to the State Selection Board in June of 2018, stating that if the Queen Creek council were to approve the Pre-Annexation Development Agreement (PADA), the commissioner would provide written approval for the annexation.

During the April 17, 2019 Town Council meeting, a pre-annexation development agreement with the State Land Department was on the consent agenda and was approved unanimously.

The property to be annexed runs north of Germann Road to Williams Field Road, and east from Meridian Road to Schnepf Road.

A public hearing will be held June 5, where public comment will be allowed. The Town Council could vote as early as July 17 to approve the annexation and development agreement.

One of the requirements of the PADA is that the town is to seek an assured water supply for the area, which at this time, the town does not have. 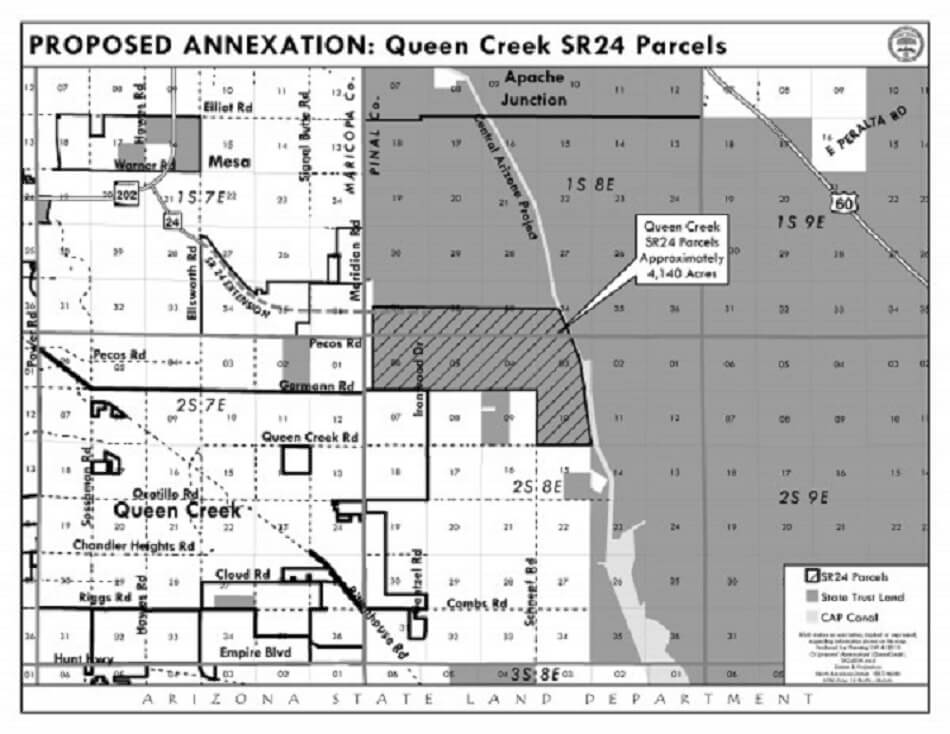 Over the last two years, the Town of Queen Creek has annexed Banner Ironwood and surrounding medical offices, commercial and residential properties located north of Ocotillo to Germann and east of Meridian to Ironwood Rd, the "j-curve" which lies at Ellsworth and Empire (where the new Earnhardt and U-HAUL storage facility is located) as well as land southwest of Empire and Ellsworth.  All of these properties had previously been considered part of the San Tan Valley community.  Let us know how you feel about the recent and current annexation efforts by the Town.